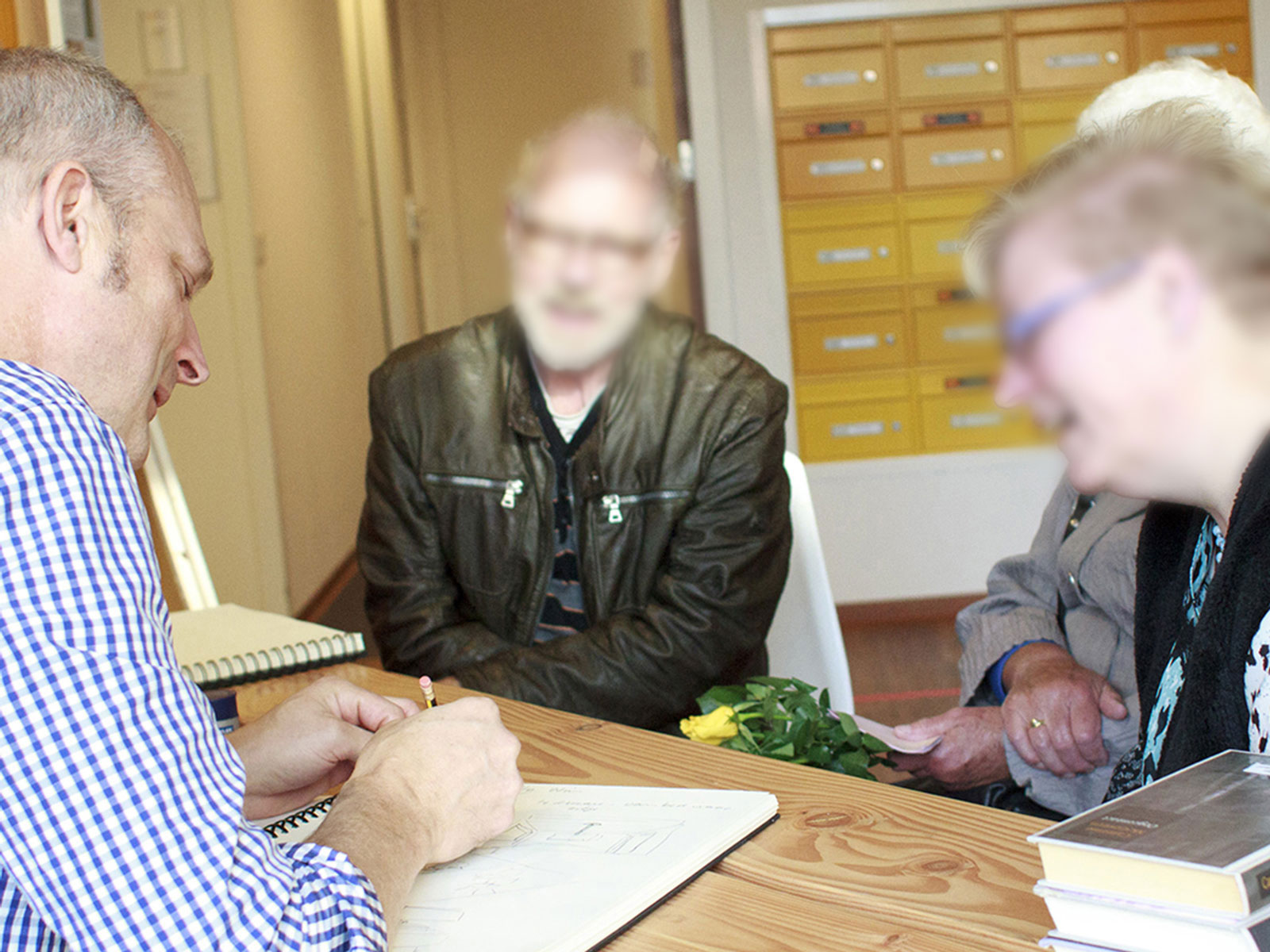 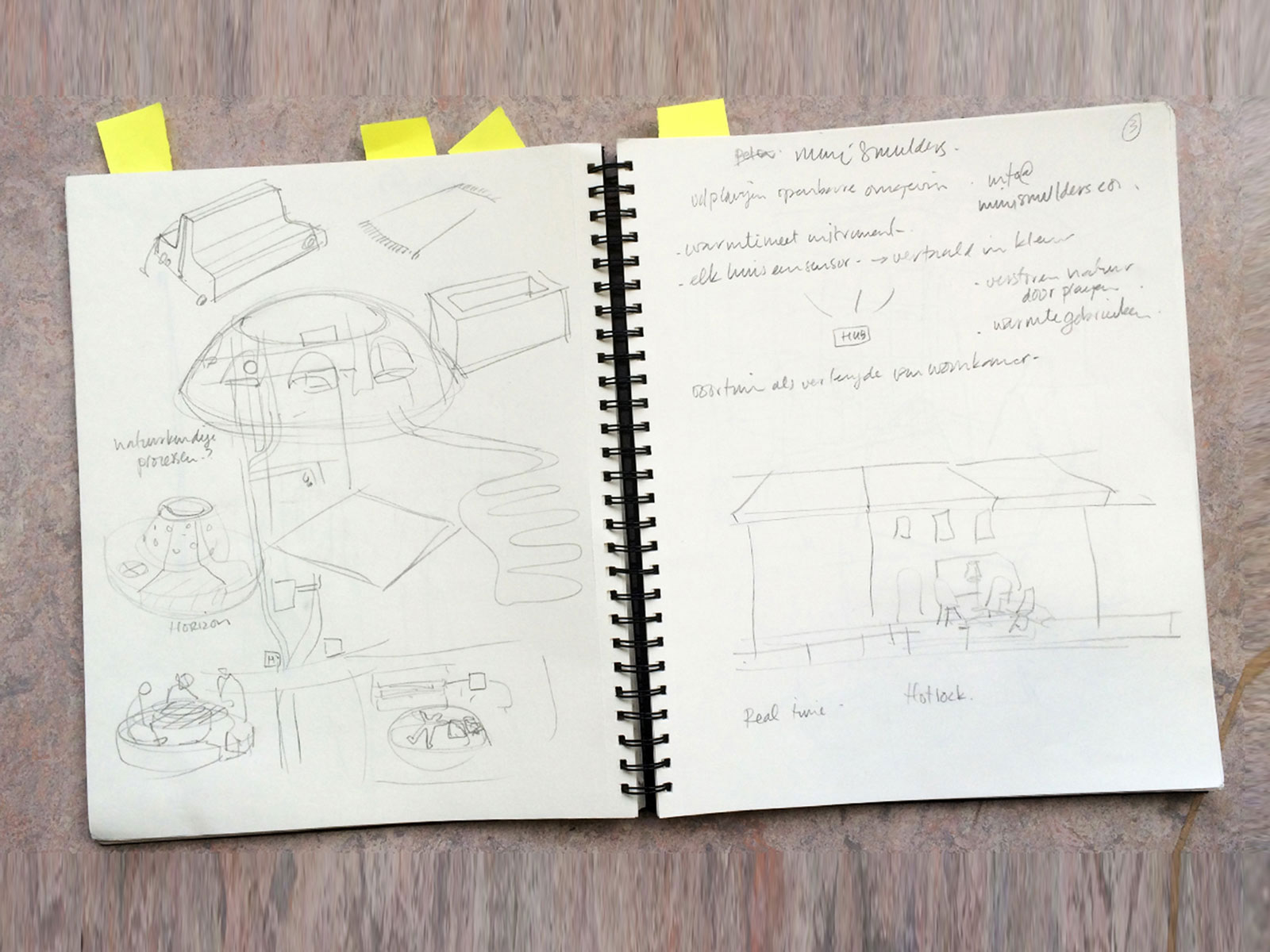 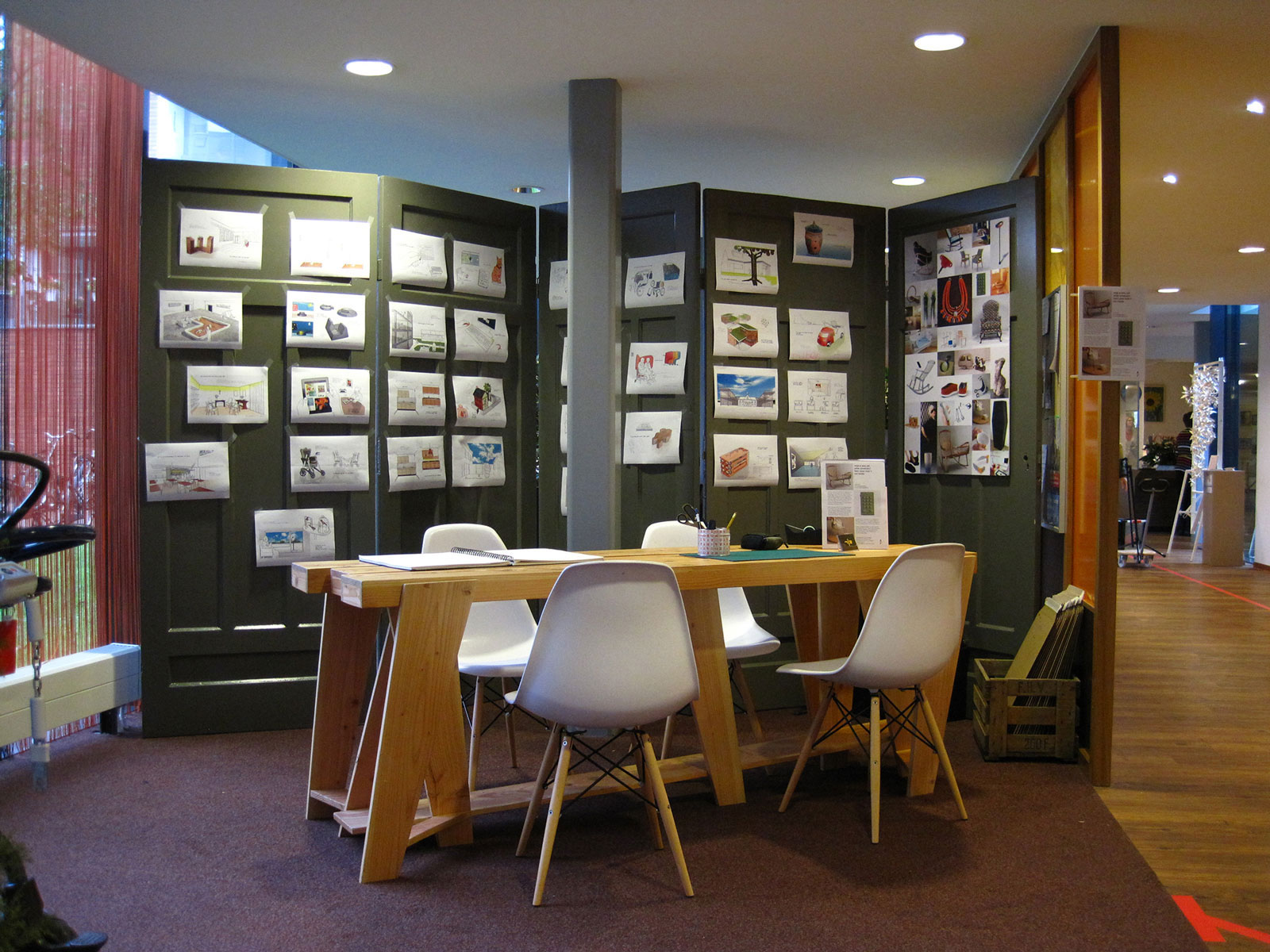 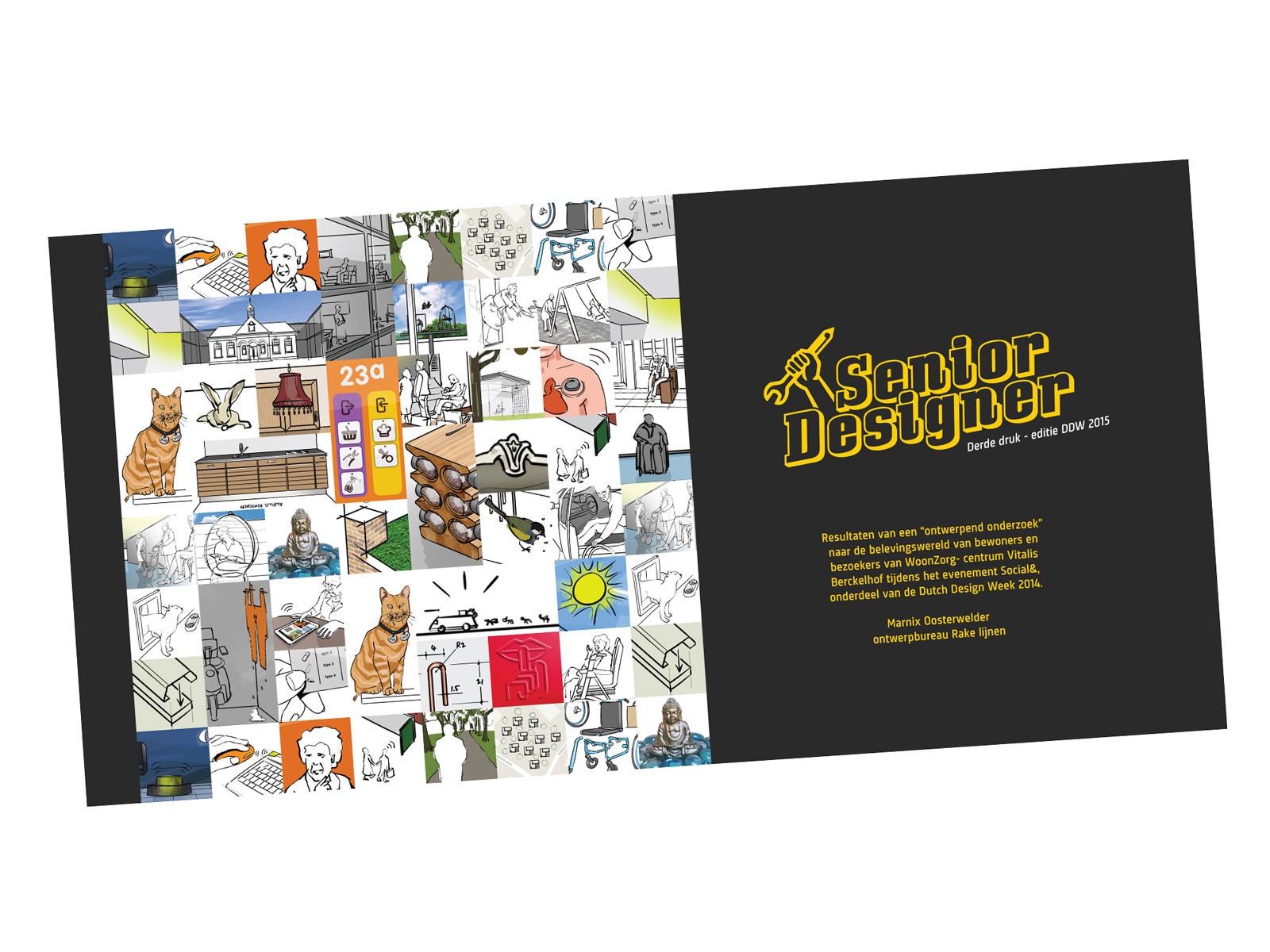 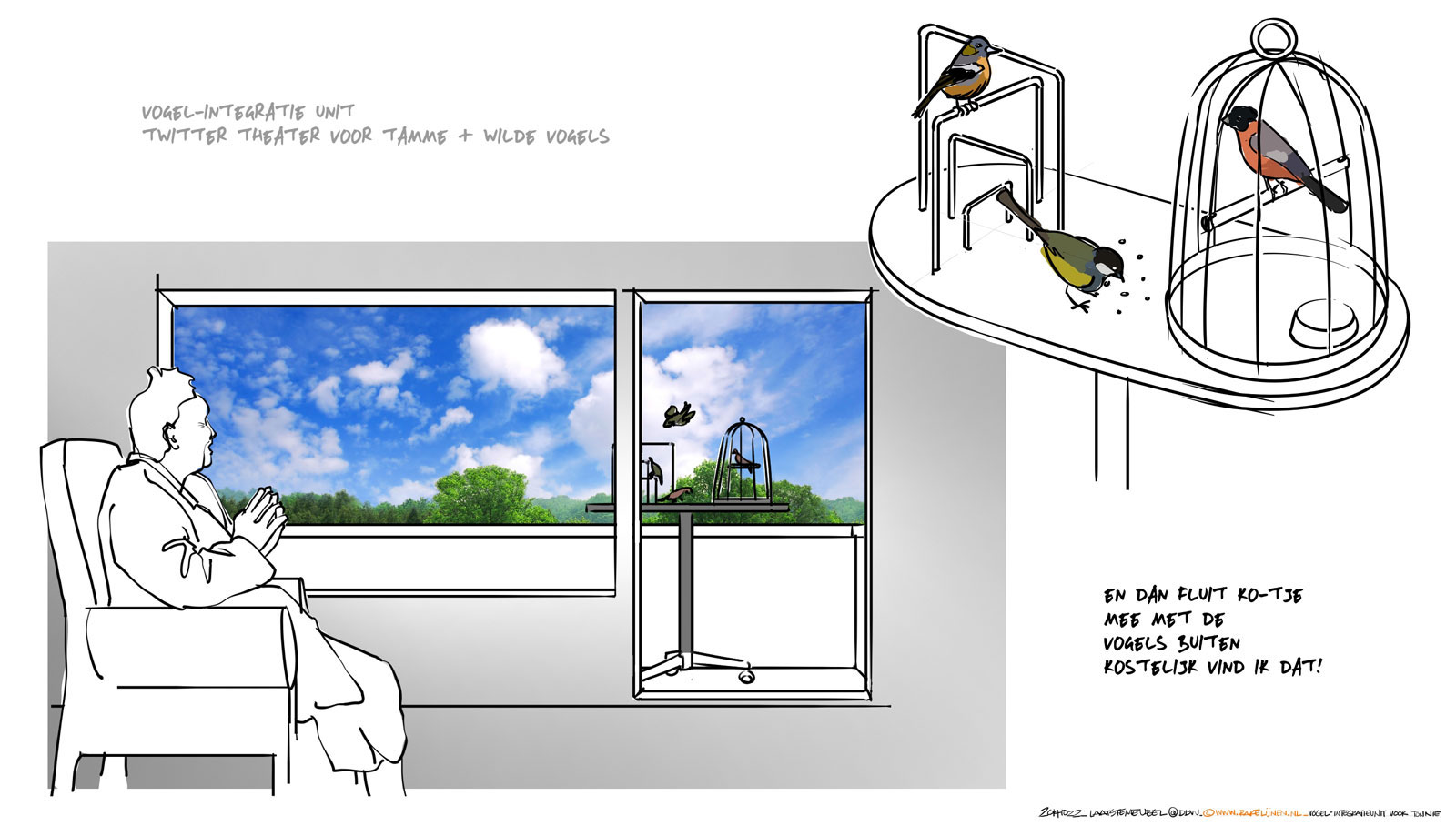 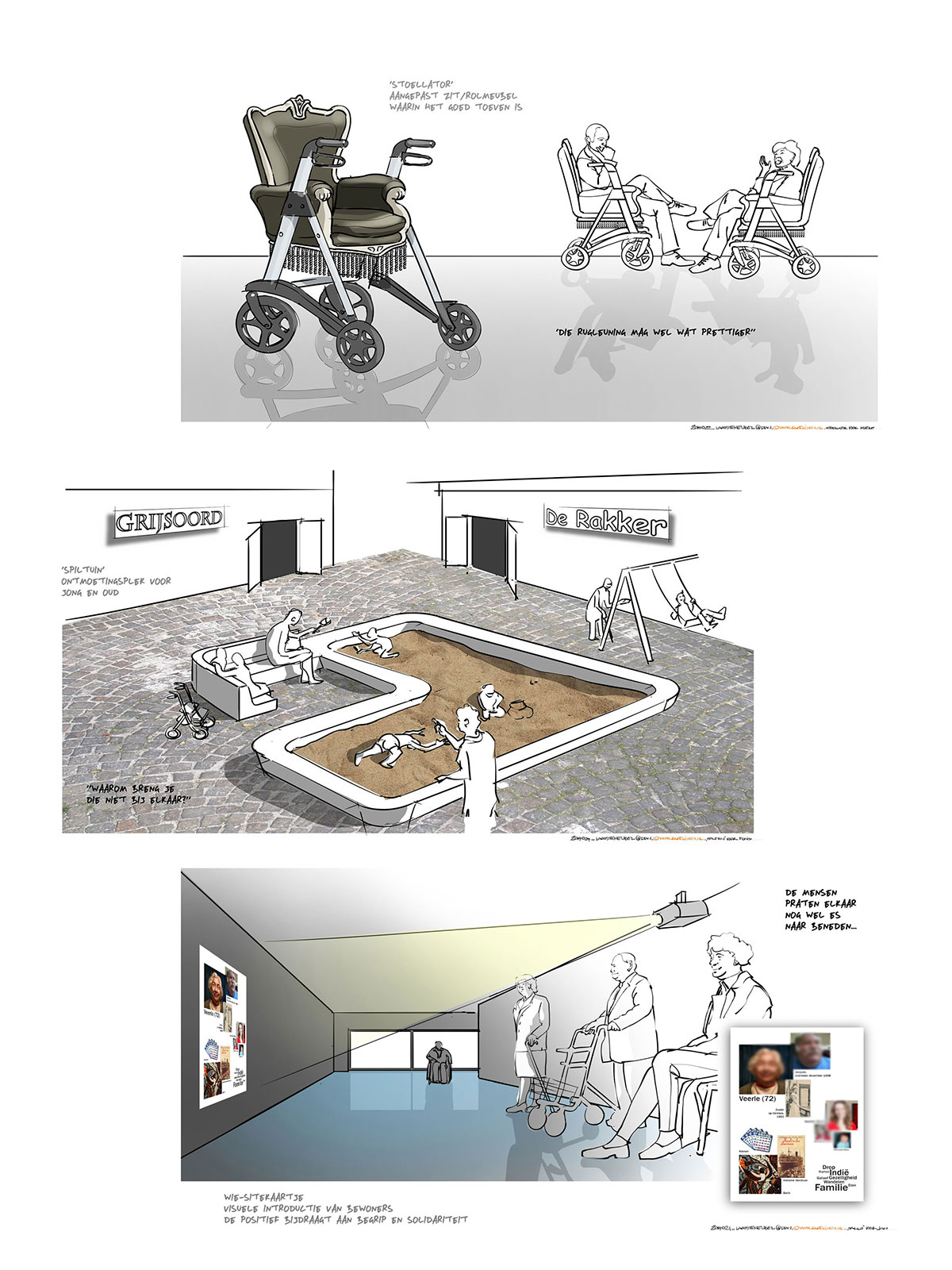 Residential care center Vitalis Berckelhof in Eindhoven has developed into a hotspot for innovation in care, through collaborations with social entrepreneurs, universities of applied sciences and the University. Every year during the Dutch Design Week there is an interactive exhibition on the theme of elderly care.

During the Dutch Design Week of 2014, I entered into conversations with visitors and residents at Vitalis with the aim of investigating what concerns older people, how they live and how they deal with topics such as loss and farewell. My opening sentence was always:"do you ever have a good idea?"Using sketches, we investigated the need behind that idea, which made it possible to design an appropriate or playful solution together.

The idea visualisations are bundled in the book SeniorDesigner. A number of ideas, including CoZijn, Communal Garden and Throne Walker caught the imagination so much that they were realized in collaboration with Vitalis Berckelhof.

The book can be ordered via this website, see: RL Shop: SeniorDesigner book.