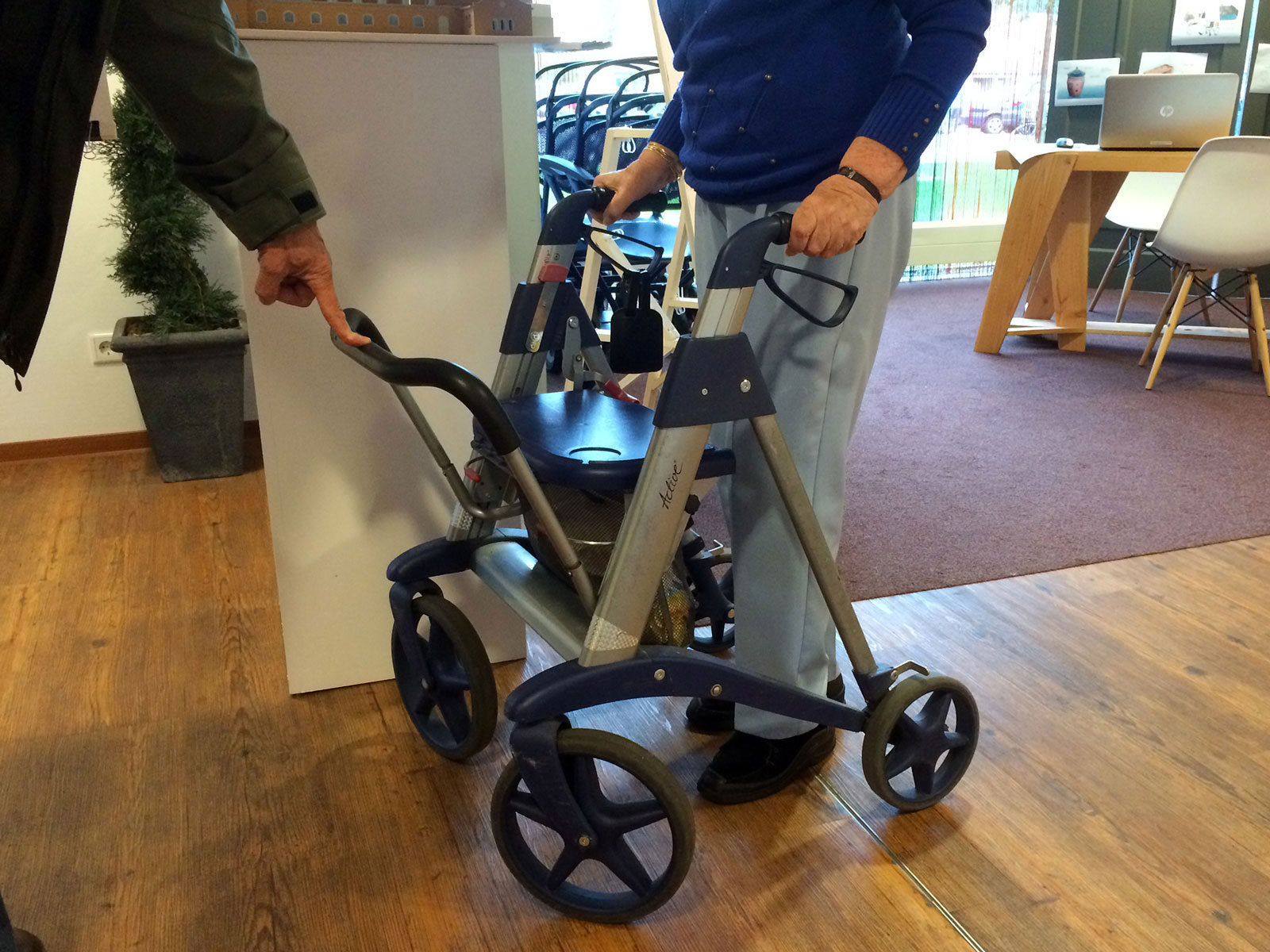 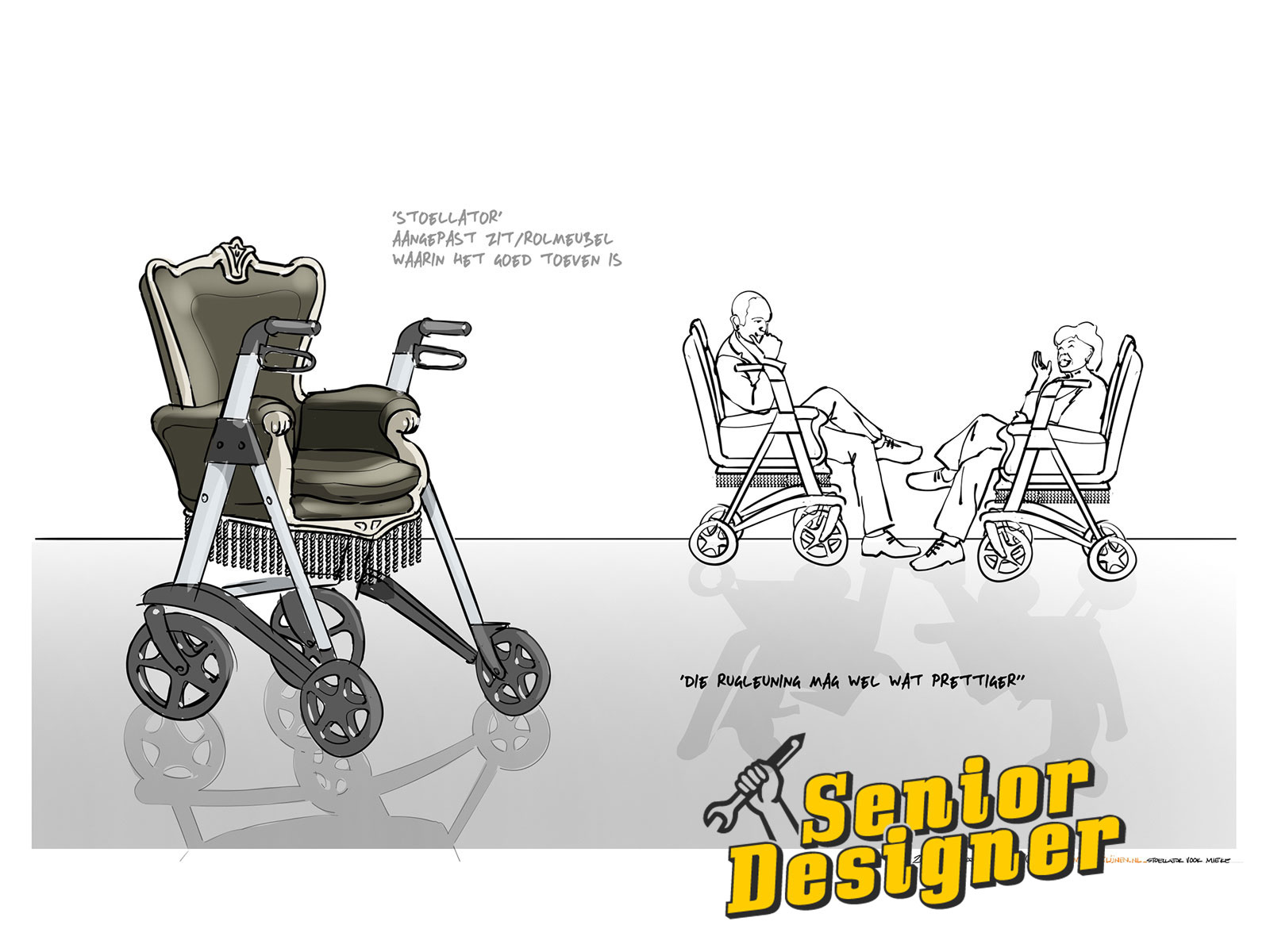 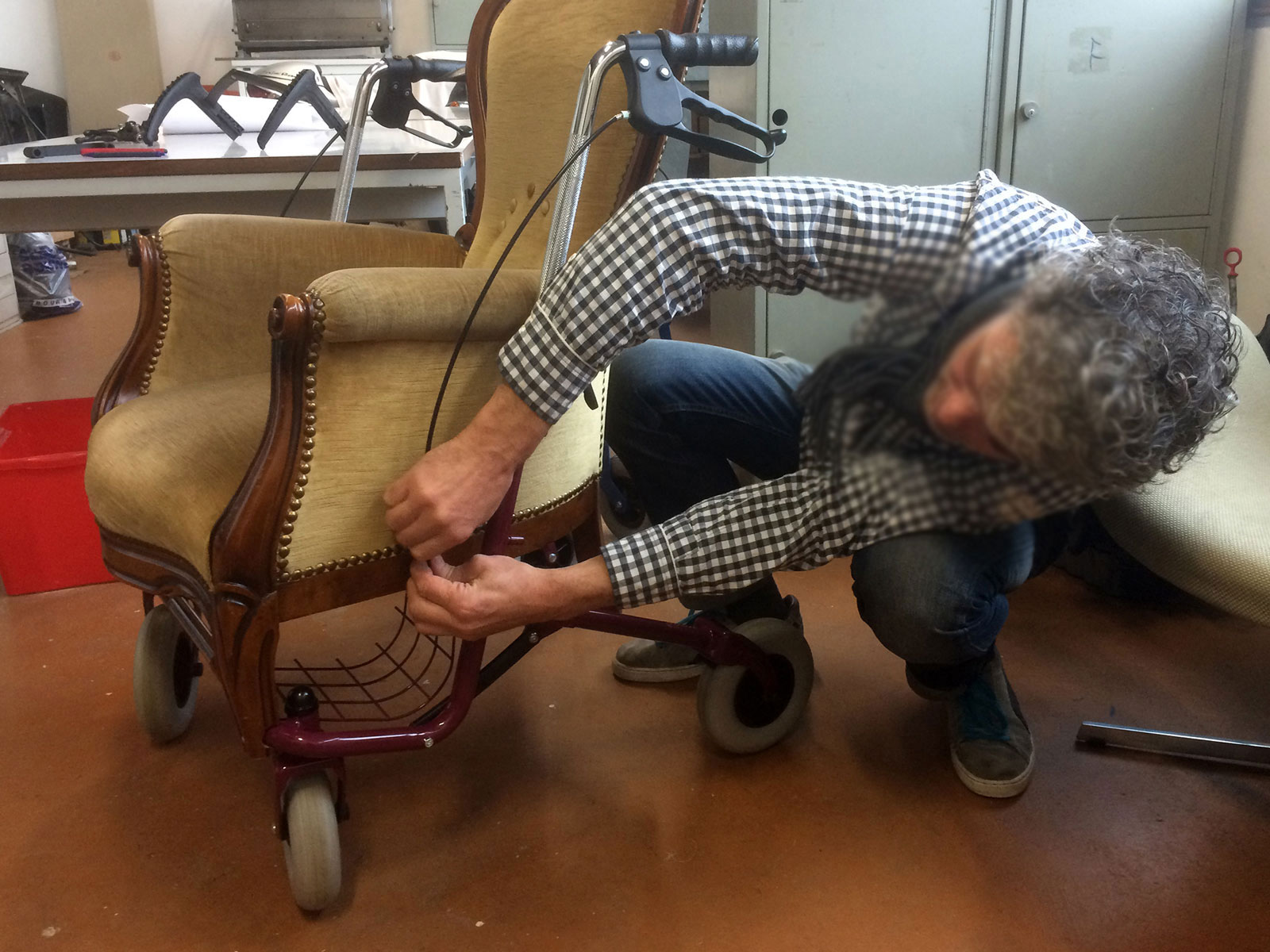 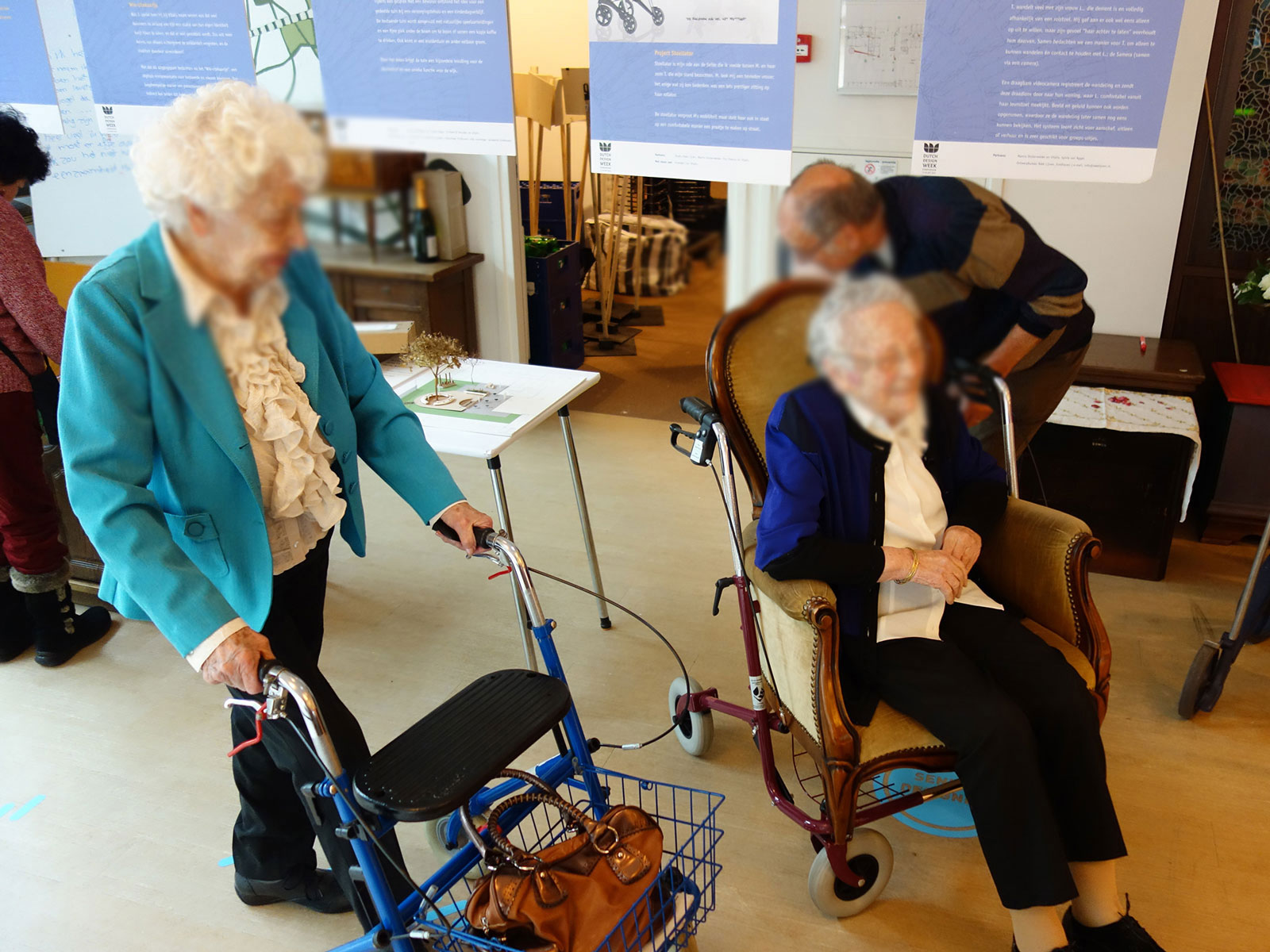 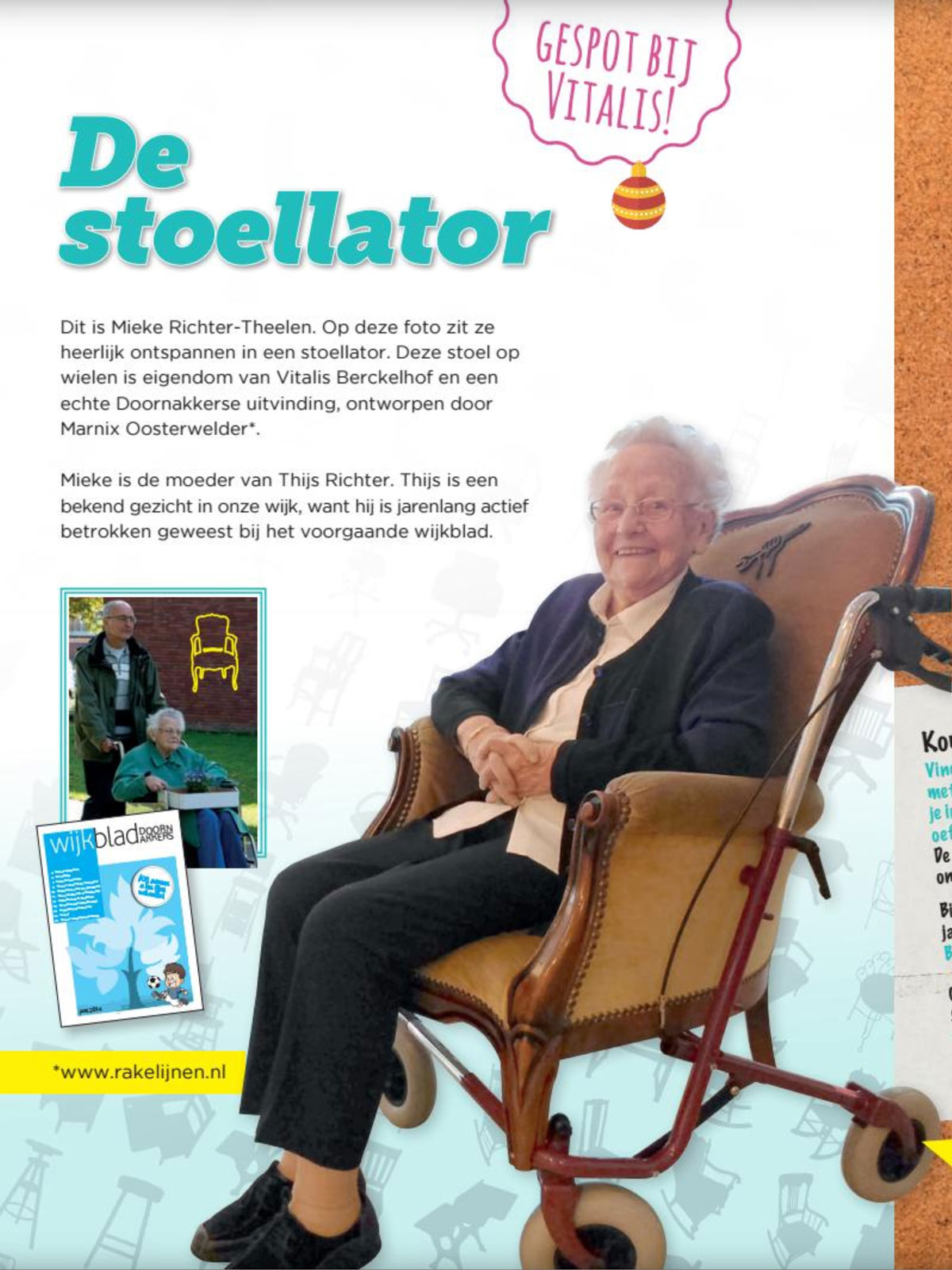 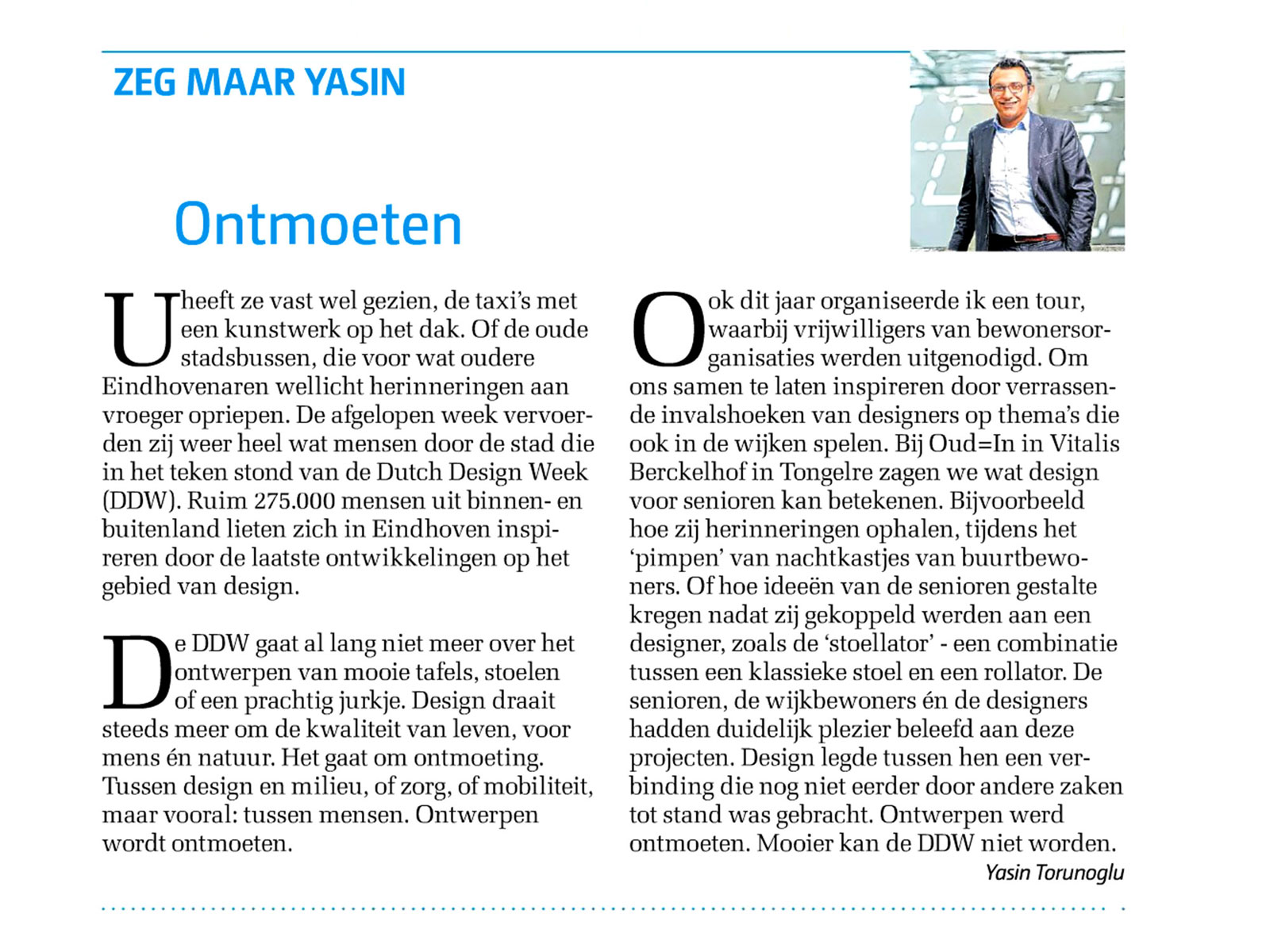 An armchair as an ode to an elderly mother

Project Stoellator is an elaboration of one of the concepts that I made together with residents and visitors of the Vitalis Berckelhof residential care center during the Dutch Design week of 2014. Under the project name SeniorDesigner I started creative conversations with visitors and residents with the aim of researching what concerns the elderly, how they live and how they deal with topics such as loss and farewell.

For example, I talked to an occupant who had only one wish: a slightly more comfortable seat on her walker. Throughout her life she had served her family, and her humble desire made me feel she deserved a throne rather than a seat. The idea appealed to the imagination so much that one year after the conversation I was able to reveal the real version of the Stoellator to the resident.